Marie-Joëlle Rizk is a Chicago-based filmmaker born and raised in Beirut, Lebanon. Her Director of Photography work includes the award-winning films Stray Dogs, Pretty Ladies, Sacred Sounds, and A Wink and a Smile.  She has shot dozens of major reality shows such as America’s Next Top Model, The Real World, The Carbonaro Effect and Black Ink. Her own films Paper Gardenias, Tabbouleh and Changing Grounds, have screened in dozens of international festivals including SXSW and The Beirut International Film Festival.  MJ’s past experience includes five years in advertising, writing and directing TV commercials for the Arab market; four years at PBS shooting and technical directing; and three years teaching film, video and cinematography at Columbia College Chicago. She has a BS in TV and Photography from Bradley University and an MFA in Film and Video from Columbia College. She lives in Logan Square with her husband Dennis and their sweet boys Oliver and Julian. 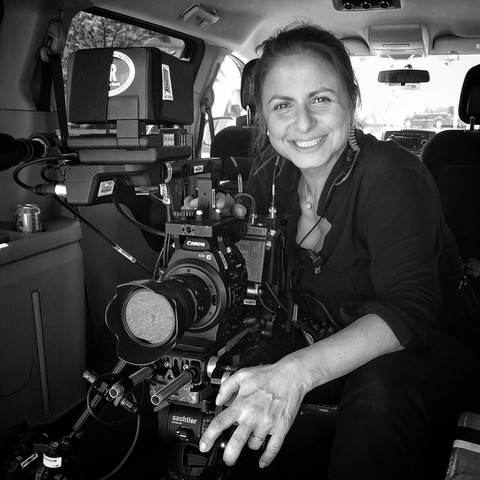